Fuelade product is a liquid substance that works to enhance the burning process in the combustion chamber and therefore is classified as a “combustion enhancer.” Researchers believe that Fuelade enhances the essential oxygen and hydroxyl radicals needed during the critical stages of the combustion cycle. These intermediate combustion particles improve combustion of the fuel, reduce soot formation, and lower the emissions of unburned hydrocarbons. There is also evidence that the product lowers the flame temperature in the engine, resulting in lower nitrogen oxide (NOx) emissions.

Fuelade stays suspended in the fuel mix, bonded at the molecular level, and doesn’t settle out. This is a critical distinction from other products on the market.

While the market for fuel additives generally caps out at approximately 5% savings, Fuelade has conservatively achieved 10% savings in fuel usage. This reduced fuel usage automatically shrinks your carbon footprint and improves your bottom line. Many Fuelade customers save substantially, even after factoring in the cost of the product. When coupled with other inherent environmental benefits, the Fuelade fuel-saving story becomes increasingly compelling. 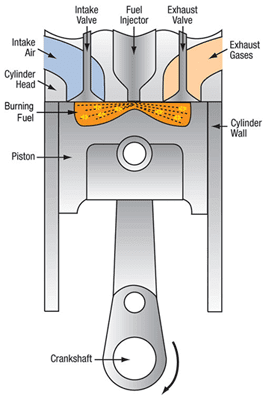 More About How Fuelade Works

Fuelade catalyst initiates combustion within the diesel spray envelope by lowering the activation energy for the initiation of combustion. Higher molecular weight diesel molecules bond to the surface of the catalyst and react more readily with oxygen.

According to COMO paper EX1, soot will enter the lubrication oil at the rate of .0048 oz for every gallon of fuel burned. A truck will normally burn 1,786 gallons of fuel every 12,500 miles, at 7 mpg. During this 12,500 mile interval, more than half a pound (8.75oz) of soot will enter the oil.” (Information from Gulf Coast Filter Company)

Fuelade is the eco-friendly solution – it’s a completely non-toxic additive that really performs. It does not contain any toxic substances and is non-hazardous, reducing the regulatory burdens of storage, use and transportation commonly associated with highly toxic chemicals.

All materials used in the Fuelade formula are considered completely safe for handling and safe for the environment. The bi-products generated during the combustion process are also considered safe from a toxicological and environmental perspective. Toxicological studies on human subjects showed no harmful effects when they were exposed to doses of the product at 100,000 times greater than the amount thought to be exiting from the exhaust of a diesel engine using Fuelade.

As a part our commitment to quality, we continuously monitor product performance and manufacturing processes. We actively enforce very stringent quality control as well as perform high-end research. It is our intention to be prepared for the ever changing situations in various industries and environments.

The use of Fuelade shows that dramatic diesel fuel savings and emissions reductions can be achieved. Fuelade is no ordinary fuel additive. It is a totally non-hazardous green technology.

With normal use, Fuelade clients experience positive return on investment as the savings on fuel consumption far surpass the cost of the product. At current fuel prices, breakeven is below 3% fuel savings.

Fuelade is a Safe Catalyst

Unlike typical fuel additives, the Fuelade catalyst is completely organic and safe for handling.

It is non-caustic, safe for human handling and will not damage engines.

The Energy Information Administration expects demand for fuel to accelerate over the next several years.

Increased demand usually means increases in prices, so it's prudent for fuel consumers to seek out alternatives to reduce this dependency and to keep their fuel expenditures as low as possible.